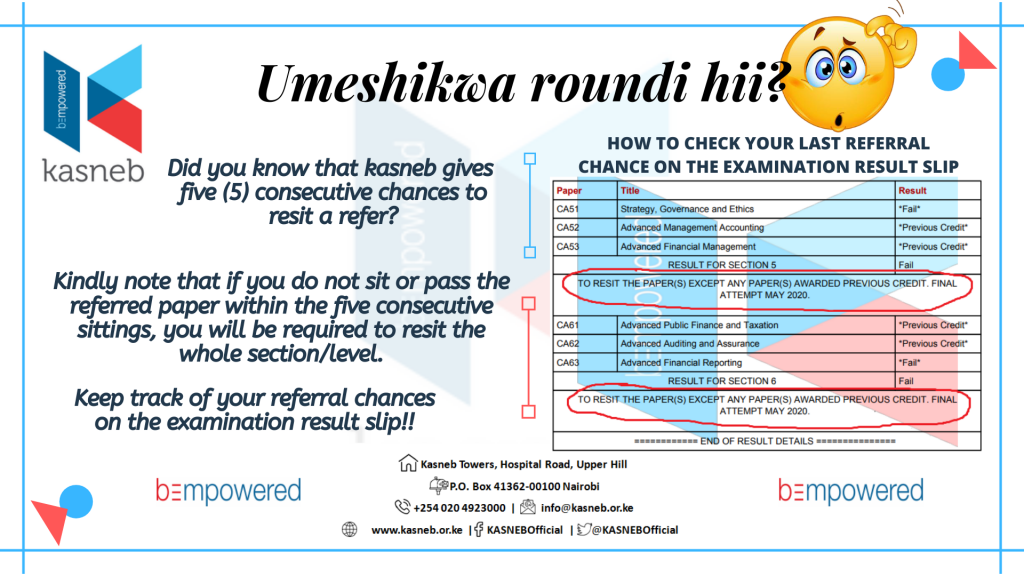 KASNEB exam results can be Pass, Credit Earned or Fail. When you Pass All the units attempted Overall Grade is Pass, When you Fail all the Units attempted The overall grade is Fail. If one Happens to pass some units and fail in 1 or more units you get the overall performance as Credit Earned. This means that the unit(s) failed has to be redone and Passed. This failed unit is the one we call it Refer(s).

According to kasneb rules A failed unit has to be sat for and be Passed in a Specified period of 2.5yrs from when you first attempted it or 5 consecutive sitting. If the failed Paper(s) is or are not passed within this stipulated time then the candidate is required to resit for all the papers in that section including those that he/she had passed earlier.

This is an example of a kasneb cpa section 4 result slip who had done section 4 CPA But managed to pass 1 paper out of the 3 Papers. 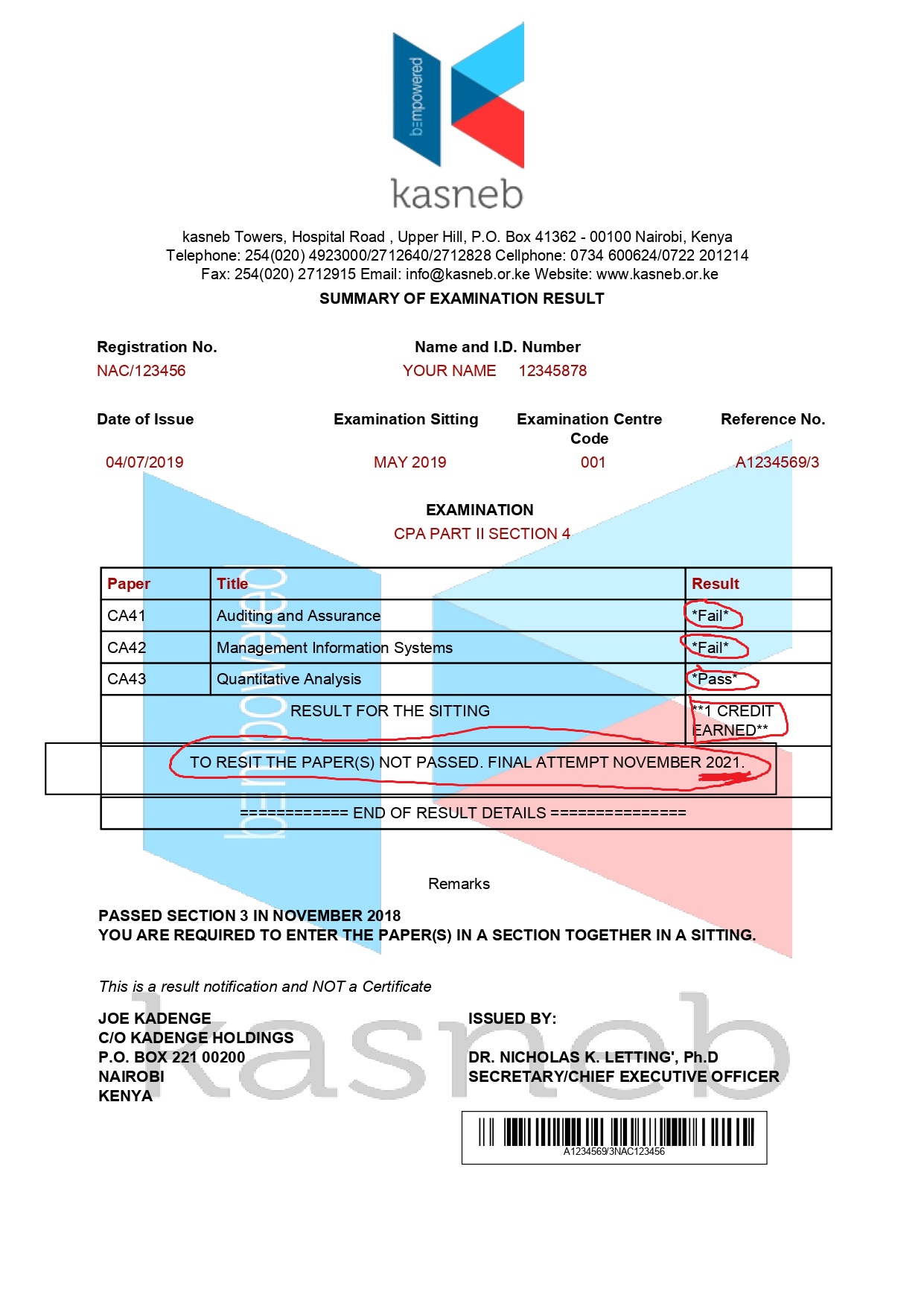 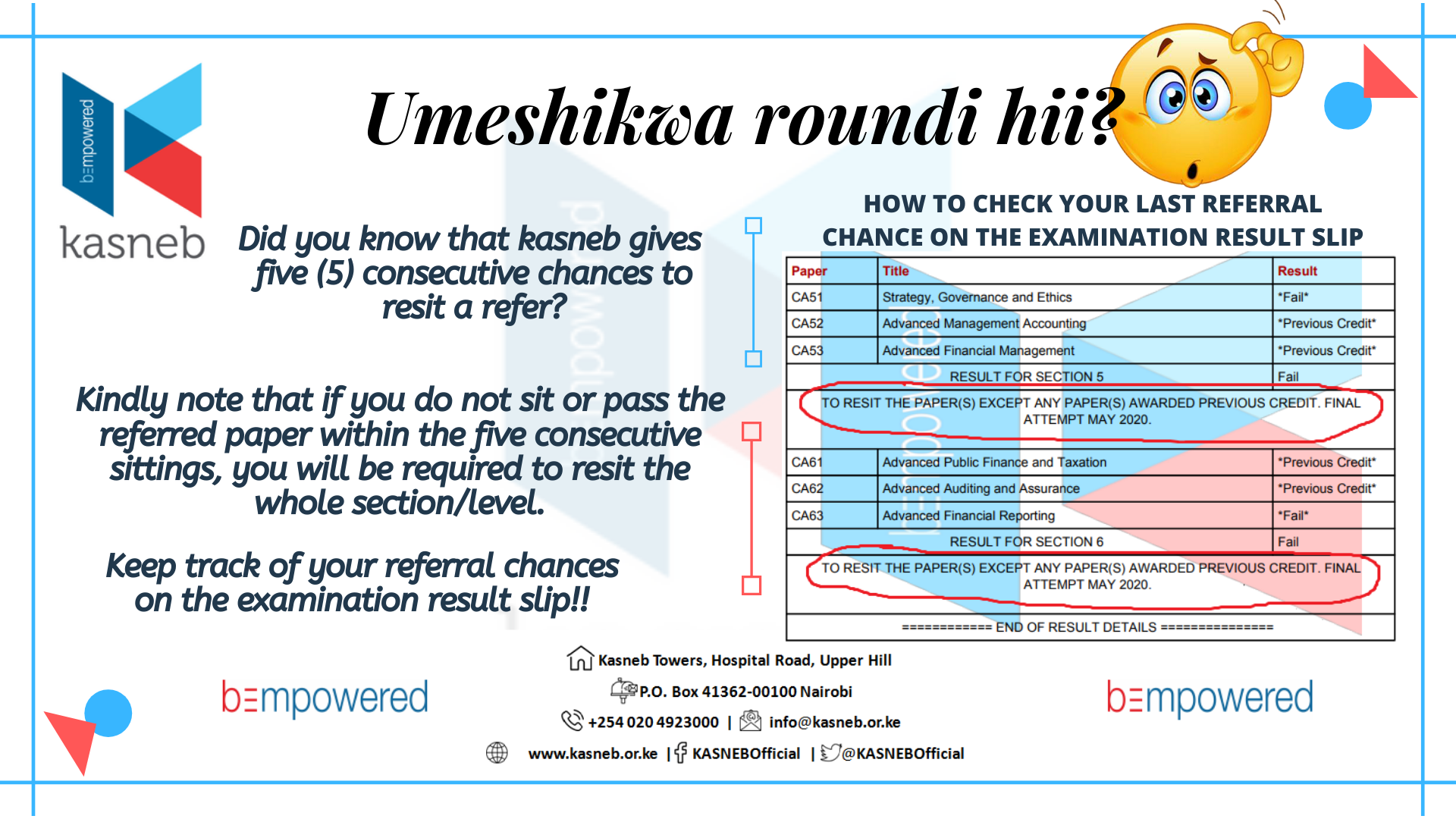